« I will leave Carmaux only when Carmaux will chase me out. » This unwavering commitment to the mining town, Jean Jaurès most likely felt it for the first time in January 1893, when he was elected deputy, supported by the carmausin working class’ votes. And, until the day he died, he will always share their struggles and try to improve their working and living conditions.

In 2014, in the Tarn department, many events commemorated the assassination of Jean Jaurès and reminded us of all the facets of his extraordinary personality, all his commitments, all his battles. At Carmaux, from the train station where the deputy Jaurès was regularly welcomed to the square that bears his name, the public was invited to a guided tour of the premises that had become familiar to him. Last stop at the foot of the statue erected in his honour: she speaks of his engagement with the miners, glassmakers and farmers of this occitan land that he loved so much, but also his impressive oratory skills at the service of a thought in the scope of which became universal. 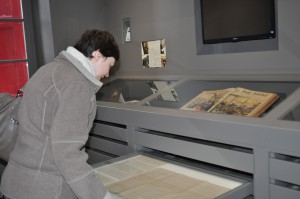 This path through Carmaux take you in the footsteps of Jean Jaurès. 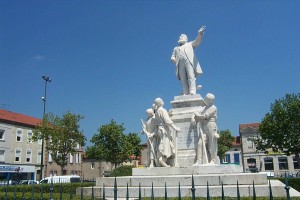